Car stereos are an integral part of many cars and a must-have for many car owners. It's common knowledge that these auto accessories provide music for millions of drivers every year, but it's less well known how they contribute to an overall quieter ride. Here is how car stereos complete another of their many tasks, active noise control.

A Computer Does Most Of The Work

Cars with active noise control, or ANC, work by receiving external sound through a microphone in the car continuously. This microphone converts the external audio signals into electronic ones to send to the car's computer. Every modern car has a computer for a variety of jobs beyond ANC, varying from managing airbags to cruise control and even car stereo systems with a digital display. This computer will interpret the soundwaves to determine what "anti-wave" to produce.

Your Stereo Does The Rest

The computer can't work alone. The car stereo itself will, at the instruction of the computer, produce sounds that are essentially the opposite of the externally received sound waves. It operates under the same principle that noise-canceling headphones use - two sound waves of equal magnitude (how tall it is) and opposite cycles (the visual pattern, over time) will cancel each other out and the human ear will interpret nothing or very little at all. This anti-wave work that your stereo does, combined with the insulation normally added to your car, creates a smooth, noiseless ride.

This noise cancellation is so effective that many car manufacturers are finding that they need to add noise artificially to otherwise silent cars. They don't do this by reversing the ANC or lessening it by programming the car stereo to emit anti-waves of a shorter magnitude than usual, but by programming the car to add noise under certain speeds. This is meant to keep those with vision problems safe when dealing with quiet electric cars while also allowing drivers to have a quiet ride other times.

Car stereos are a popular, if not automatic, addition to most cars across the country. These stereos provide entertainment for millions across the country but have hidden features that many are unaware of. Car stereos work in coordination with the computer system every contemporary car has to produce soundwaves that are the opposite of those being received from outside the car. These soundwaves, combined with the external ones, will cancel out, allowing for a ride so quiet some cars have to be fitted with artificial sound. 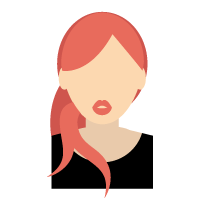 Welcome to my website. I’m Johann. A used car or truck can be easily improved using auto accessories. The accessories dress up the exterior or make the interior even more functional. There are even accessories designed to improve the performance of your vehicle. My site will cover all of the available accessories, their uses and the installation methods for each one. I will talk about the benefits, including vehicle value improvements, to explain why it is smart to invest in auto accessories. Please feel free to come by my site daily to learn more. Thank you for visiting my website.

How Car Stereos Contribute To Active Noise Control
14 July 2020
Car stereos are an integral part of many cars and a must-have for many car owners. It's common knowledge that these auto accessories provide music for …

Accessorizing Your Luxury Car: Three Touches To Complete Your Vehicle's Look
8 June 2019
When it comes to buying a luxury car, you may want to take some extra steps to help your vehicle truly stand out. With the right accessories, your lux …

3 Tips For A Clean, Beautiful Vehicle
19 October 2018
When you are into getting the most out of your vehicle, you need to focus on both aesthetics and comfort. There are a lot of different steps you can t …